Chair, RBC Board of Directors 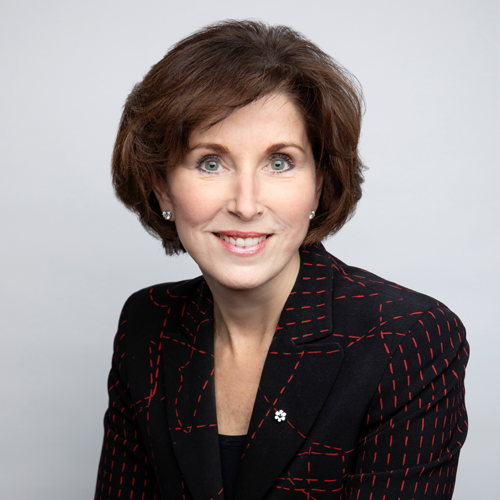 Chair, RBC Board of Directors

Ms. Taylor is the former President and Chief Executive Officer of Four Seasons Hotels and Resorts. During her 24-year career with the iconic global company, she held a number of senior leadership roles and was instrumental in building the firm’s global brand and its international portfolio of luxury properties.

Her many accolades for business achievement include the Schulich School of Business Award for Outstanding Executive Leadership and the inaugural Medal for Career Achievement from the Hennick Centre for Business and Law at York University. She has been inducted into the Canadian Marketing Hall of Legends and was named to Canada’s Most Powerful Women Hall of Fame by the Women’s Executive Network (WXN) after being honoured by WXN in 2011, 2014, 2016 and 2017. In 2016, Ms. Taylor received the Governance Professionals of Canada Peter Dey Governance Achievement Awards and was made a Member of the Order of Canada. Report on Business magazine named Ms. Taylor among the 50 most powerful people in Canadian Business in 2017, and was also named a Fellow of the Institute of Corporate Directors and became a Fellow of the National Association of Corporate Directors. She will also chair the next Governor General’s Leadership Conference.

Ms. Taylor is a member of the C.D. Howe Institute’s National Council where she Co-Chair’s the Human Capital Policy Council. She also serves on the Dean’s Advisory Council of the Schulich School of Business and on the Principal’s International Advisory Board at McGill University.

Ms. Taylor lives in Toronto with her husband and has three grown children.

All sessions by Kathleen Taylor

Keynote Session: Resilience and Transition in an Era of Crisis and Uncertainty